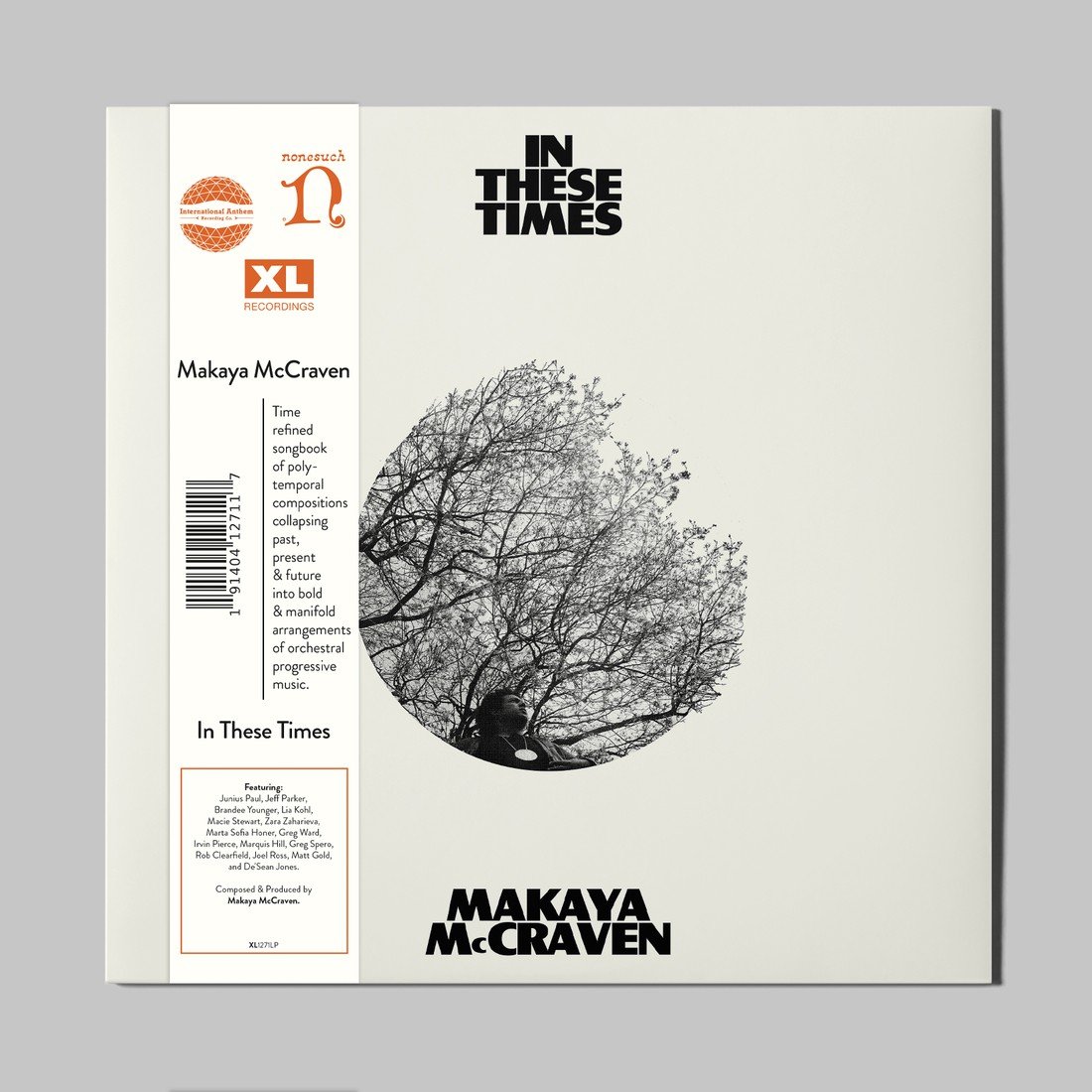 Makaya McCraven - In These Times

In These Times is the new album by Chicago-based percussionist, producer and composer Makaya McCraven. Although it’s “new,” the truth is it’s an album that has been in process since shortly after he released his 2015 International Anthem debut In The Moment. Ardent followers may note he’s had 6 other releases in the meantime (including 2018’s widely-popular Universal Beings and 2020’s We’re New Again, his rework of Gil Scott-Heron’s final album for XL Recordings); but none of which have been as definitive an expression of his artistic ethos as In These Times. This is the album McCraven’s been trying to make since he started making records – and his patience, ambition and persistence have yielded an appropriately career-defining body of work.

As epic and expansive as it is impressively potent and concise, the 11 song suite was created over 7+ years, as McCraven strived to design a highly personal but broadly communicable fusion of odd-meter original compositions from his working songbook with orchestral, large ensemble arrangements and the edit-heavy “organic beat music” that he’s honed over a growing body of production-craft.

With contributions from over a dozen musicians and creative partners from his tight-knit circle of collaborators – including Jeff Parker, Junius Paul, Brandee Younger, Joel Ross, and Marquis Hill – the music was recorded in 5 different studios and 4 live performance spaces while McCraven engaged in extensive post-production work at home. The pure fact that he was able to so eloquently condense and articulate the immense human scale of the work into 41 fleeting minutes of emotive and engaging sound is a monumental achievement. It’s an evolution and another milestone for McCraven, the producer. But moreover it’s the strongest and clearest statement we’ve yet to hear from McCraven, the composer.

In These Times is an almost unfathomable new peak for the already-soaring McCraven – who has been aptly called a “cultural synthesizer” – as he quintessentially highlights his unique gift for collapsing space, destroying borders, and blending past, present, and future into poly-textural arrangements of post-genre, jazz-rooted 21st century folk music.